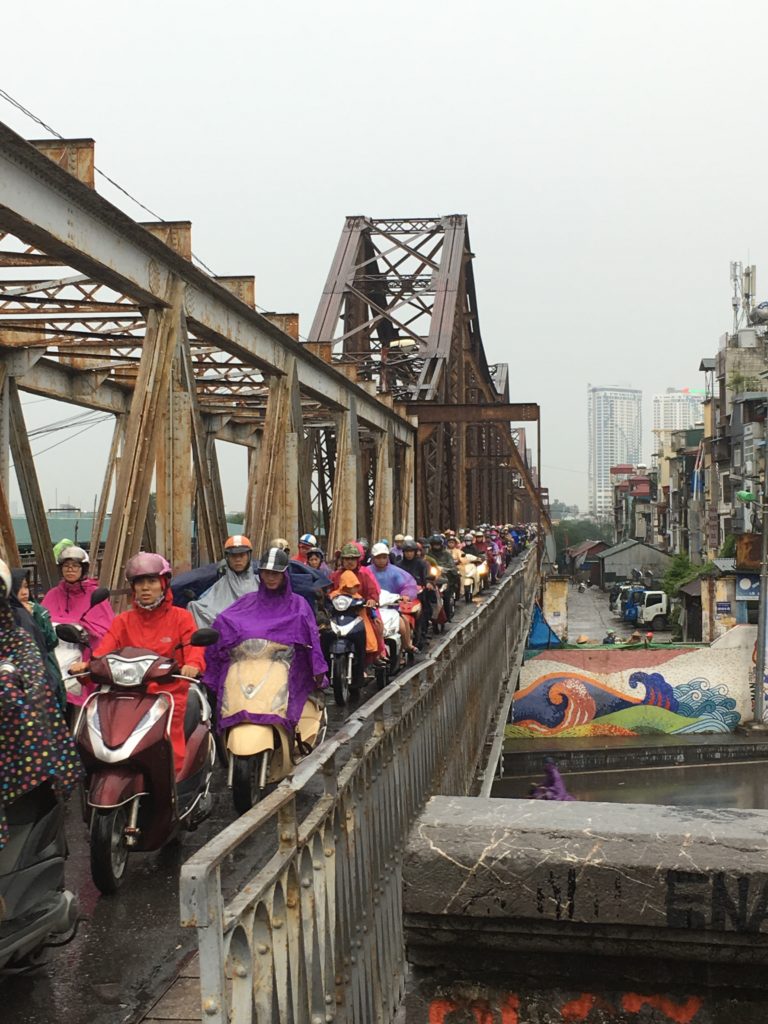 An absolutely amazing day! I can’t even describe how wonderful it was. My guide, Nathan, met me at 5 am to show me around the Old Quarter, the French Quarter, wet markets (selling fruits, vegetables, frogs, snails, eels, just-butchered meat, and flowers, among other things), and the Long Bien Bridge. It was so dark and quiet when we started, and I got to watch the city come to life! We walked around Hoan Kiem Lake, which is the cultural and spiritual center of the city, and watched all of the early morning tai chi, aerobics, and yoga classes going on. Ho Chi Minh encouraged his people to exercise, so many people are out exercising together all around the lake. I joined in on a laughing yoga class (so FUN!). I was the only Westerner but I was welcomed so readily. My tour guide *may* have gotten some video of this!

The markets were interesting. Many Vietnamese mothers go twice a day. Breakfast (pho) was included in the tour, so we stopped at a famous pho place next to the lake and I *finally* got to eat pho in Vietnam! Soooo yummy! The place is famous because during the American War (known to us as the Vietnam War) the owner (who served me today) used to keep serving pho even during bombing when most everybody was hiding in bomb shelters.

We also crossed Long Bien Bridge over the Red River. It was…rather terrifying. But worth it! It used to be the longest bridge in Asia. Cars are no longer allowed on it, only motorbikes, because it is falling apart. I was nervous before that and downright scared after Nathan said that. When we were halfway across. Either tell me that before or after–not at the point of no return!!!!

We finished up with egg coffee (a Viet delicacy) that everyone says you must try. I’m not a coffee drinker, but I’m glad I did! Yummy!

Then it was back to my hotel for my 8 am tour with Annie. We went to the Temple of Literature, founded in 1070, and the Ho Chi Minh complex that includes his tomb, house, presidential palace (that he refused to stay in because his people were poor), and museum. I got really emotional standing in line to walk through his tomb to see his preserved body, and I have no idea why.

After a nap while things were closed for lunch, I did some walking around Hoan Kiem and the Old Quarter by myself. I had learned enough from Nathan that I felt like I was crossing the streets with the gazillion motorbikes (5.5 million in a city with a population of 7 million) like a Native Hanoian, and I didn’t get lost in the tangle of Old Quarter streets!

It was back to my hotel with about 20 minutes to spare for my absolutely incredible street food tour with Joy, whose name described her perfectly! She is a joy! I told her I trusted her to pick out yummy street food, and it was! I tried 6 dishes at 3 different places and was positively stuffed by the end!!!!

Really, a perfect day, even if I got rained on a lot of the morning, and I can’t believe how much I’ve fallen in love with this city. I was worried I’d built the country up in my head for so long I’d be disappointed no matter how great it was, but the city exceeded my expectations. 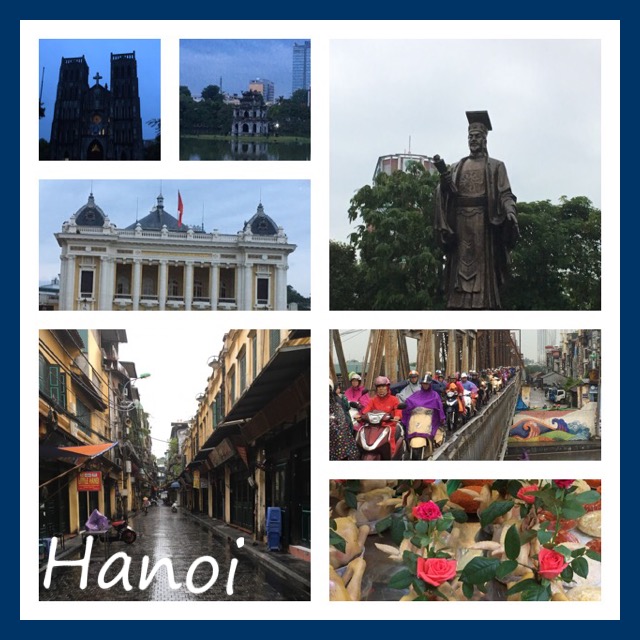 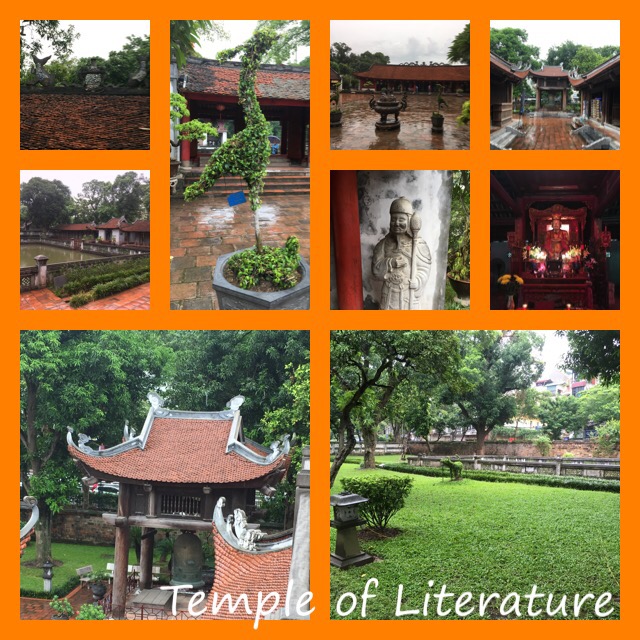 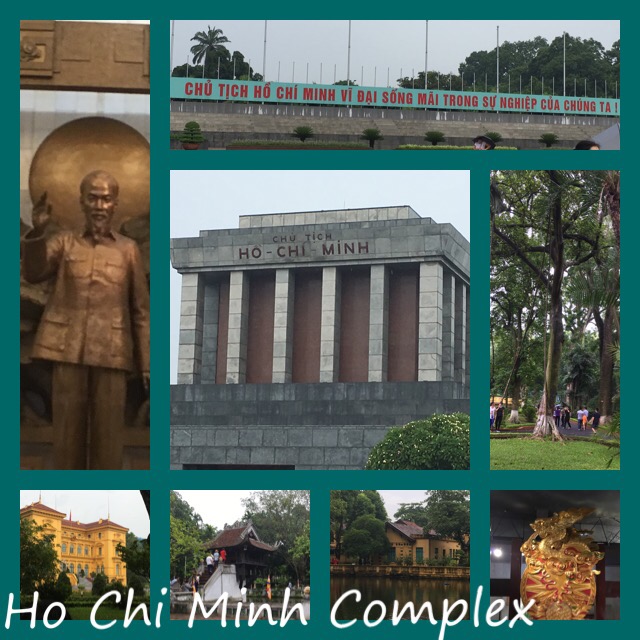 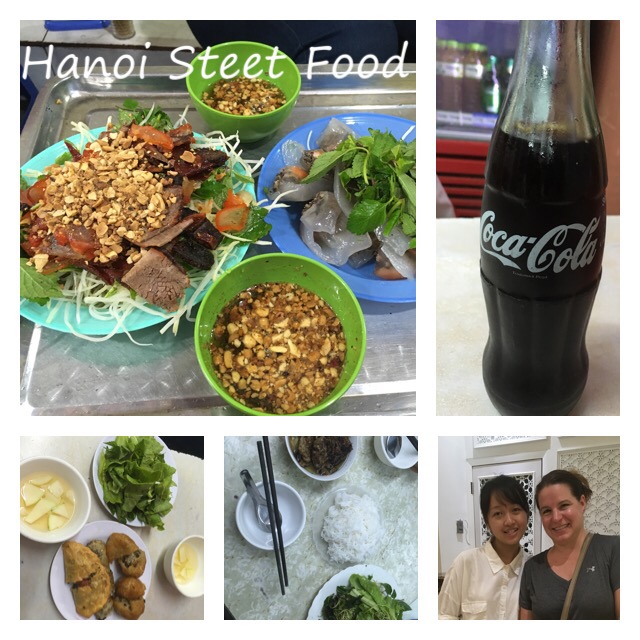 « Arriving in Hanoi
Day 2: Disaster Strikes in the Rice Paddy! »