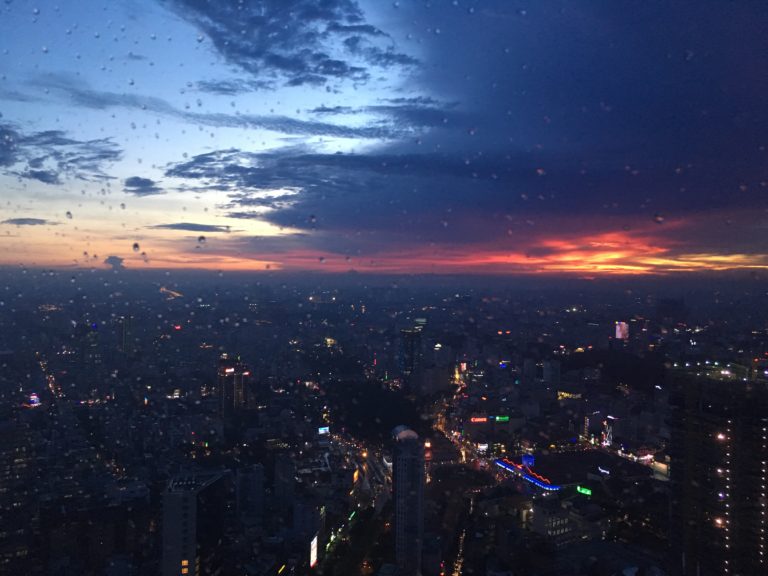 Another place I’ve been super curious about since I read about it when I was 16 is Cu Chi and its famous tunnel system built by the Viet Cong. Imagine living underground in a tiny space for 20 years! Mind boggling.

I paid extra for a boat tour instead of a bus tour, and it was sooooo worth it! We set off on the Saigon River at 7:30 am and got there at a little after 9; the buses get there around 10-11, so we had the place basically to ourselves for the first hour. It was nice! There were eight people in the group. Everyone else was from Australia or New Zealand. I don’t know how I kept stumbling on tours where everyone except me was from the same area of the world!

It’s about a 2-hour tour, but you only spend a few minutes in the tunnel, if you want to. You start by watching a 10-minute documentary about Cu Chi made in 1967 in Vietnam (but narrated in English; I don’t know if English was dubbed in later or if it was originally in English for the international community, which Vietnam did do for banners for protests to get the attention of the international community).

Then you tour the area and learn all about the history of the area and what life was like for the VC who lived there and for the American soldiers who served as “tunnel rats.” (Two of the main characters in a book I read my junior year of high school were tunnel rats, hence my interest.)

I’ve always had the utmost respect for the ingenuity, determination, and cunning of the Viet Cong and the Vietnamese people, but the visit made that respect sky rocket. It was an absolutely eye-opening experience, and my favorite cultural tour of the two weeks.

Then it was time to climb through one! Of our eight, only three wanted to try, a man and a young woman, along with me. I was so eager I actually got this really emotional swell inside me as we started down that made me tear up!

They’ve widened the tunnels 30% for tourists, but they were still cramped. I had to crawl in some places it was so low and narrow. The length of the tunnel they take you down is 100 meters, with exits every 20 meters so people can get out if they want. The man bowed out at 20 meters. The girl was unsure whether she wanted to get out or not and asked me how far I was going. “The full 100 meters!” At that, she said she would go the whole way, too.

I was sweaty and winded pretty quickly. It was the windedness that surprised me (with temps from 105-130 F every day, I was always sweaty!). I didn’t expect to be winded! And so easily! I chalked it up to the lower oxygen levels underground (and we were only on the first level; the VC dug down three levels deep, with families living on the third level).

At the end of the 100 meters, I emerged victoriously! And then the guide told us that in addition to widening the tunnels, they pump oxygen in them for tourists too. So much for my theory! I was clearly winded from the mere effort of trying to make my way through the cramped space. I can’t even imagine what it was like three levels down!

We had a really super delicious lunch and then headed back down the Saigon River. I just love boat rides, so feeling the wind in my face and seeing river life as we sped along was wonderful.

Back at the hotel I did a quick load of sink laundry (I miss my washer and dryer!), hung out at the pool a bit, had formal afternoon tea in the hotel (the Vietnamese and not the Western menu, TYVM, with lotus tea and the champagne option!), which was insanely amazing (except for one thing that was pretty gross), and then headed out in the rain to a gallery featuring hand-made Vietnamese lacquer items. I’d known for months that my souvenir from Saigon was going to be an authentic lacquer item that the area is famous for, and I hadn’t seen any quality pieces, so my hotel recommended the gallery, and I’m very happy with the piece I bought (chopsticks and a chopstick stand, easy to transport and nice to display in my kitchen, where I spend so much time and can look at them and think of my trip).

I’d hit all three historical, journalist rooftop bars, but there was one bar I was not going to miss: the bar on the 52nd floor of Saigon’s tallest building. I went up (that was a story in and of itself and such a uniquely Vietnamese process!) and watched the sunset from up high. And, knowing it was my last sunset, yes, I *may* have cried.

Then it was time to go meet up with John and Jan from my street food tour to explore more of Saigon’s rooftop bars (there’s enough that there’s actually top 10 lists going around of the best ones). We only ended up going to two, but we stayed out until after 1 am, even though I had to get up at 4:45 am to begin 40 hours of travel. Not a smart move, but they are awesome and I also didn’t want to say good-night to Saigon!

It was another great night to cap off a great day. Jan, John, and I are already planning our 2018 return trip to Vietnam together! 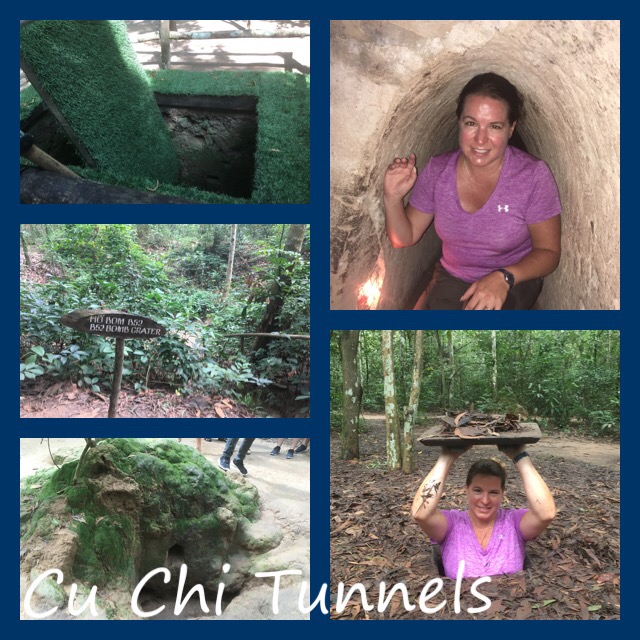 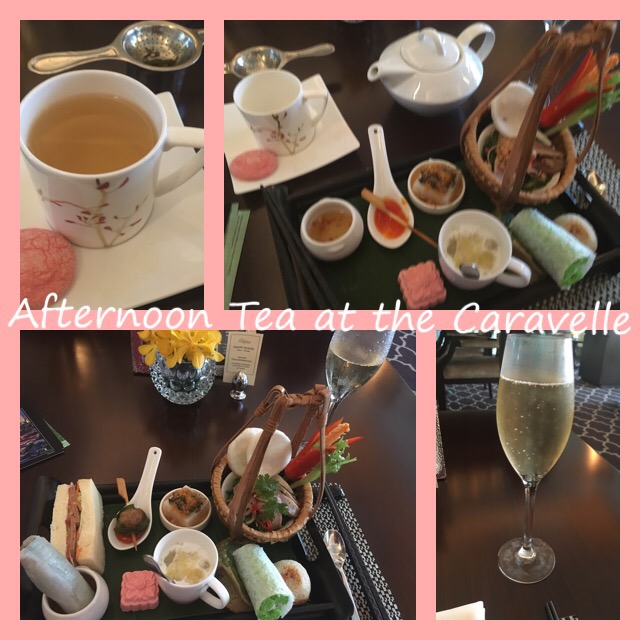